Doctors and other health care professionals are often trained to mask their emotions. The argument is that patients trust them when they “act professional.” But that model of health care leadership is changing, write Roel van der Heijde and Dirk Deichmann in this opinion piece. Roel van der Heijde is a trainer in fear reduction and vulnerable leadership for several hospitals and nursing homes in The Netherlands and a partner at Patient-Centered Care Association in The Netherlands. Dirk Deichmann is an associate professor at Erasmus University’s Rotterdam School of Management.

Health care professionals, particularly doctors, have long been trained to trust their knowledge, test results and the value of “acting professional,” which meant, among other things, not showing much emotion or expressing doubt. They put on a mask. As an old doctors’ joke puts it, many tombstones ought to read: “Born a man, died a doctor.”

The rationale for the mask of professionalism was to protect the patient from unnecessary anxiety and protect the health professional from being overwhelmed by the weight of his or her responsibility. Unfortunately, it doesn’t work. A number of studies have found that being a strong, silent doctor isn’t good for you. It contributes to depression, burnout, and the added strain of working with colleagues who are suffering in the same way. Nor does it help patients: Almost 93% of face-to-face communication is thought to be non-verbal, which means that even if you don’t articulate what you feel, your patient is likely to figure it out anyway.

While this mask never made much sense, it makes even less sense now.

For one thing, it’s no longer possible to even pretend to know everything: in 1950, medical knowledge doubled every 50 years; in 1980, every seven; in 2010, 3.5. By 2020, some analysts predict that it may double every 73 days. As with many professions, such great leaps in knowledge are outrunning human understanding, shifting the focus away from mastery of a body of knowledge to engagement with a client. As Minouche Shafik, director of the London School of Economics, puts it, “[in] the past jobs were about muscles, now they’re about brains, but in the future they’ll be about the heart.”

Demographics are making modern day health care still more challenging. With more elderly people alive today, doctors see more patients with multiple, interacting conditions. In many cases, physical, mental and social health issues are so intertwined that it is impossible to reduce care to a series of single treatments for single indications.

“As an old doctors’ joke puts it, many tombstones ought to read: ‘Born a man, died a doctor.’”

This mask is also hurting the quality of life of many people in medicine, and even shortening lives. The 2018 Survey of America’s Physicians Practice Patterns and Perspectives reported that 78% of physicians had burnout, an increase of 4% since 2016. Nor is that rate just a function of the pressures of the U.S. system: 80% of doctors in a British Medical Association 2019 survey were found to be at high or very high risk of burnout, with junior doctors most at risk, followed by general practitioners.

So why hasn’t the doctor’s persona evolved? After all, as the physicians all say at the beginning of the Hippocratic Oath: First, do no harm.

Part of the reason is that medicine suffers from being a fairly macho culture. As pediatrician and author Perri Klass wrote in a recent New York Times column, U.S. medical students until recently could expect to endure some public shaming for being wrong. “Humiliation was part of the deal,” she wrote, “sometimes deliberately inflicted by certain grandstanding, sadistic attending physicians, sometimes more casually, because everyone could see that you didn’t know something you should have known.”

Thus trained, physicians bring this zero tolerance of mistakes into their practices, creating powerful institutional incentives not only to prevent mistakes but to keep them hidden when they occur.

An important consequence of this approach is that a lot of what we call health care is still intent on fixing what is wrong – a method some researchers call Safety 1. It focuses on trying to prevent any and all mistakes by isolating their root causes and then reengineering the service protocol to prevent that same mistake from arising again.

Safety 1 might have made sense in earlier times, when patients’ complaints were easier to diagnose and the remedies more limited, but the sheer amount of knowledge and the complexity of gerontology cases make it more difficult all the time for physicians to work that way. Instead, some researchers suggest, we should advance to Safety 2, a more positive approach that focuses less on why things occasionally go wrong than why, most of the time, things go right.

When we view health care as a glass 95% full, it becomes clear things often go right not because caregivers are behaving like assembly-line robots but because they respond flexibly and creatively to unexpected situations; before anything actually goes wrong, people make an adjustment that prevents a mistake from happening. The Safety 2 approach looks at human caregivers as a feature of the system, not a bug, and leads to an important question: if some flexibility is good, what happens if we add more? What happens if we ask our caregivers to become even more open to each other and their patients?

Good things, it turns out.

Being a vulnerable caregiver creates a different relationship with the patient: The physician must be honest not only about his or her own abilities but also about the limitations of medicine. Besides communicating more frankly about themselves, physicians working in this new model of health care will set an example, allowing nurses and other caregivers to be more open and honest, too.

Exposing their vulnerability also enables doctors to be more direct with their patients, to spend more time getting to know them, and to better understand what matters most to them. Particularly with the elderly, the best treatment choices often involve not a cure but a prescription based on the weighing of difficult choices. The goal becomes preserving as much as possible of what the patient prizes about his or her life instead of waging a narrowly focused “war” against a particular subset of symptoms and chalking up side effects as collateral damage.

Vulnerable caregiving shifts health care responsibilities back where they belong – to the larger team, including the patient, that collectively can see a given set of challenges from various angles, instead of placing the entire burden of responsibility on the back of a single health care professional struggling to hide his or her own uncertainty.

An Invitation to Be More Human

In Roel’s work as a trainer for health care leaders, he has found that after ten months of vulnerability training, program participants’ level of engagement is higher and their level of burnout lower, and teams reported improvements in various situations:

Leaders are taught a variety of techniques to encourage more direct discussions in their everyday working life, such as the permission slips exercise: at the beginning of a meeting for a group project, each team member writes down one thing that they would like to have permission to do, feel, or not do at work, then they pass them around the circle, one by one. As the slips circulate, group members become aware that some of the things they would like permission to do or not do are common sources of anxiety, and individuals begin to feel freer to share concerns.

“As trust improves, collaboration grows closer and the health care organization becomes both a happier and a safer place.”

The special role of a leader in a health care organization and his or her contributions are also discussed, including the importance of leading with both strength and vulnerability. Often, the discussion is framed around the most important qualities of vulnerable leadership, drawing on the work of leadership scholar and research professor Brené Brown. This includes how to become curious again, open to feedback, and empathetic towards other people.

Steadily pursued, this new model of vulnerable leadership frees the entire organization. As trust improves, collaboration grows closer and the health care organization becomes both a happier and a safer place. As one graduate of the training told us, “This is the most challenging and scary thing I have ever done in my career. And the most liberating and energizing one, as well. No more leadership mask but really becoming a leader on my team.”

At the same time, vulnerable medical leadership will allow more mental space for the medical team to focus on the patient, which is currently one of the weakest links in health care, and that’s a good thing. After all, as Hippocrates observed a few millennia ago, “It is far more important to know what person has the disease than what disease the person has.” 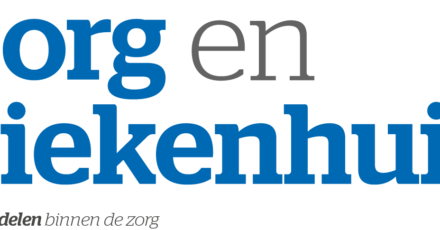